The Plurabelle Paddlers were Ireland’s very first dragon boat team.
Since the team’s formation in Dublin in 2010 the sport has grown
hugely in Ireland and many of the clubs, like the Plurabelle Paddlers,
are for those who have had a breast cancer diagnosis. We currently
have over 80 members, two boats and eight helms. We train on Dublin’s
Grand Canal Dock. And, while it’s true that we do compete and train
hard… we party even harder! We have brought our own sense of fun and
zest for life to regattas throughout Ireland, as well as regattas in France,
Italy, Malaysia, Spain and the UK. We also co-host the annual Dublin
Dragon Boat Regatta with the IDBA (Irish Dragon Boat Association). This
regatta takes place each year in mid-September.
In 2014 members of the Plurabelle Paddlers invited paddlers from
all over Ireland to be part of Team Ireland at the IBCPC Participatory
Dragon Boat Festival in Sarasota, Florida. This project was the
brainchild of the Plurabelle Paddler co-founder, Fiona Tiernan and it
helped to nurture the growth of dragon boat racing throughout Ireland. 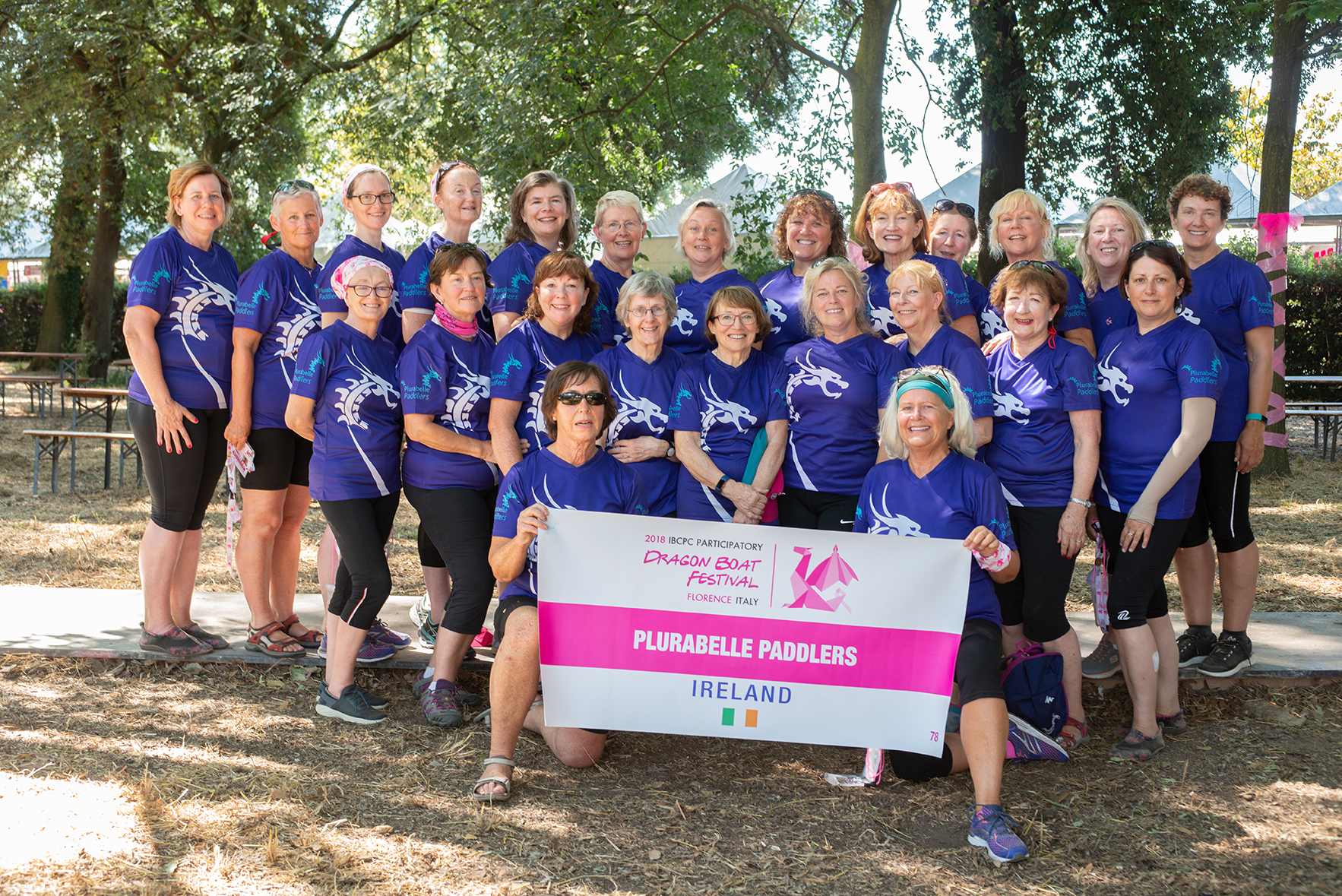