Jeri Millard, founder of In The Pink, a Jacksonville Florida
non-profit organization caring for cancer survivors, formed the
Mammoglams in 2011 as a floating support group for survivors.
The original captain, Maureen Weiler, and her successor, Martha
Sweet, have retired due to health issues, as has Marina Kaplan,
but all three remain in the team’s hearts in the boat. Dollie Lim
has been the drummer since the team’s inception, and
has received awards for her uniquely creative attire.
The team practices on Florida’s Intercoastal Waterway,
enjoying the wonder of Florida’s wildlife including
manatees, dolphin, bald eagles and other waterfowl. The
team is active in supporting each other, In The Pink, and
other activities in the community. They live by the motto
“We won the battle, now let’s paddle!” 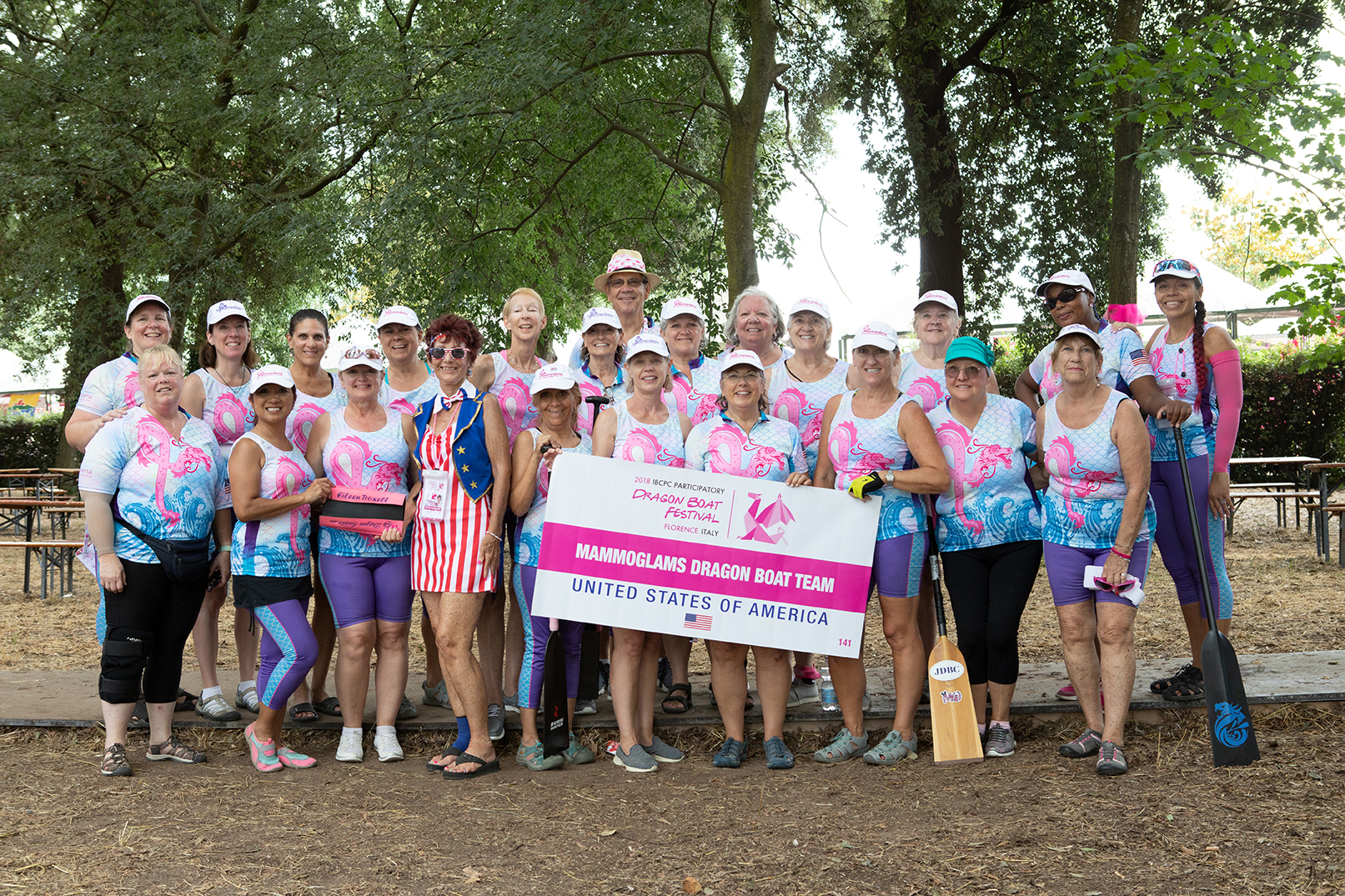