Our BCS team was started in the summer
of 2005. With the help and encouragement
of Tom & Linda Donner and Barb Michaels,
our team became a reality with Survivors and
Supporters promoting breast cancer awareness
and the upper body exercise benefits of dragon boating for Survivors.
But the Fighting Angels Abreast wanted to promote and share their
dragon boat support team benefits beyond Fort Dodge, Iowa and
met with a cancer support group associated with the Bliss Cancer
Center in Ames, Iowa. From this meeting emerged a new BCS dragon
boat team in 2012 in Ames, Iowa named Life Is Bliss. However, it
didn’t stop there! In 2014, Survivors from both of these teams invited
other Midwest BC Survivors to join them to attend their first IBCPC
Festival in Sarasota, Florida. Being a smashing success of gaining
great friendships and memories to last forever, we’ve again extended that IBCPC experience to more Midwest BCS Survivors to attend the 2018 IBCPC
Festival in Florence, Italy. Yes, there is life after a cancer diagnosis and these teams are in Florence, Italy to experience it!
GO 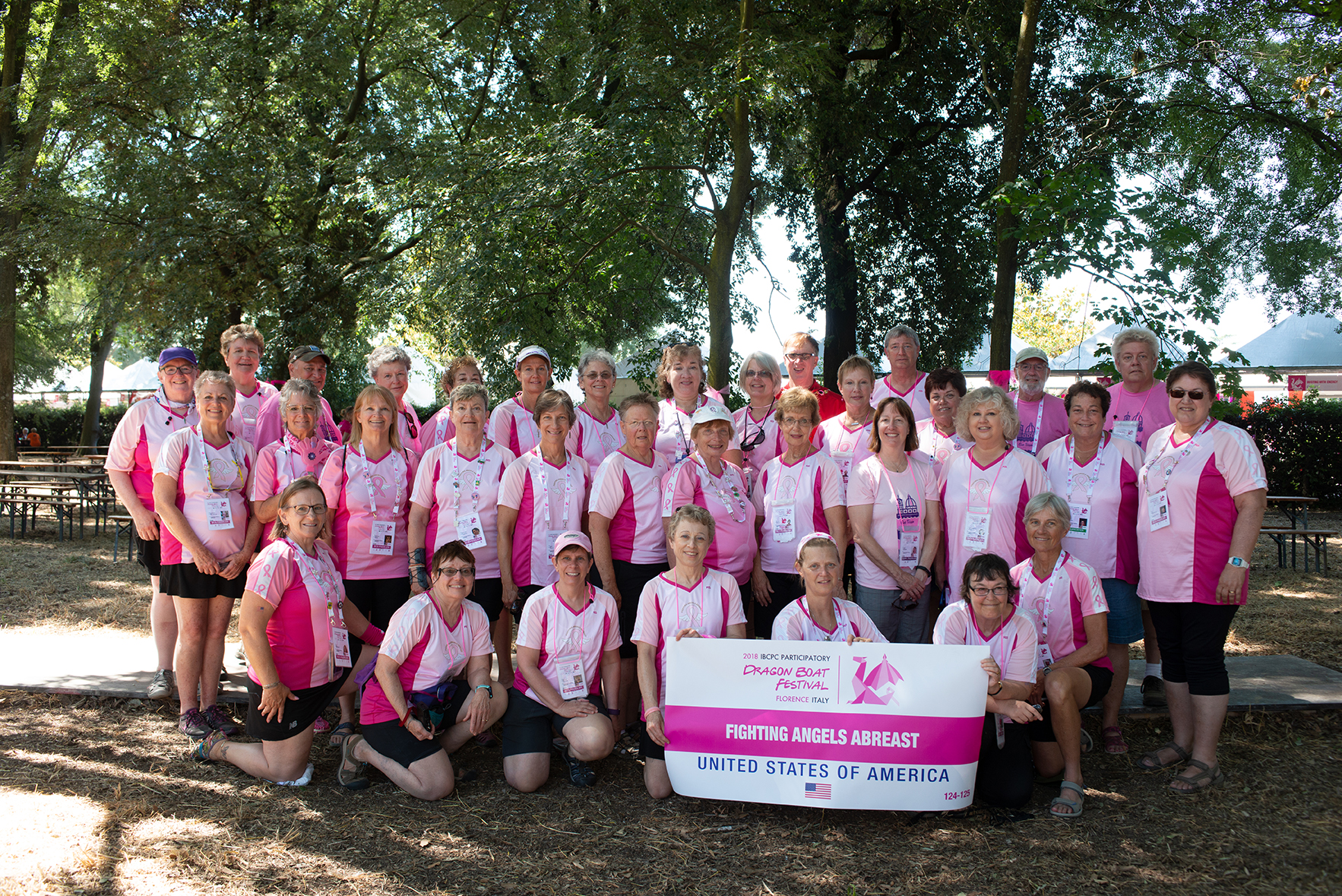