With great pride, on March 8, 2016, International Women’s Day, the first
team of mastectomized rowing women in Brazil was launched and recognized
by Abreast in a Boat, a pioneering group in the use of canoeing as a promotion
of women’s quality of life by adopting Dr. McKenzie’s program. Like the
Canadian group, Team Canomama intends to be an important tool to promote
sports practice as a rehabilitation of women after the diagnosis of breast
cancer and also to draw the attention of the population to the problems of
diagnosis and treatment of breast cancer in Brazil.
The Canomama team currently consists of 12 breast cancer survivors and is
supported by group consisting of a physical educator, three canoeing instructors,
a physiotherapist and a nutritionist. All of whom are volunteers for the project.
In addition, it has the support of the Mahalo VAA and
CPP Extreme Canoe Club both located in ASCADE´s
Club, at the capital of Brazil, Brasília, that gives its
physical space, the canoes and all the equipments
necessary for practicing in a philanthropic way. 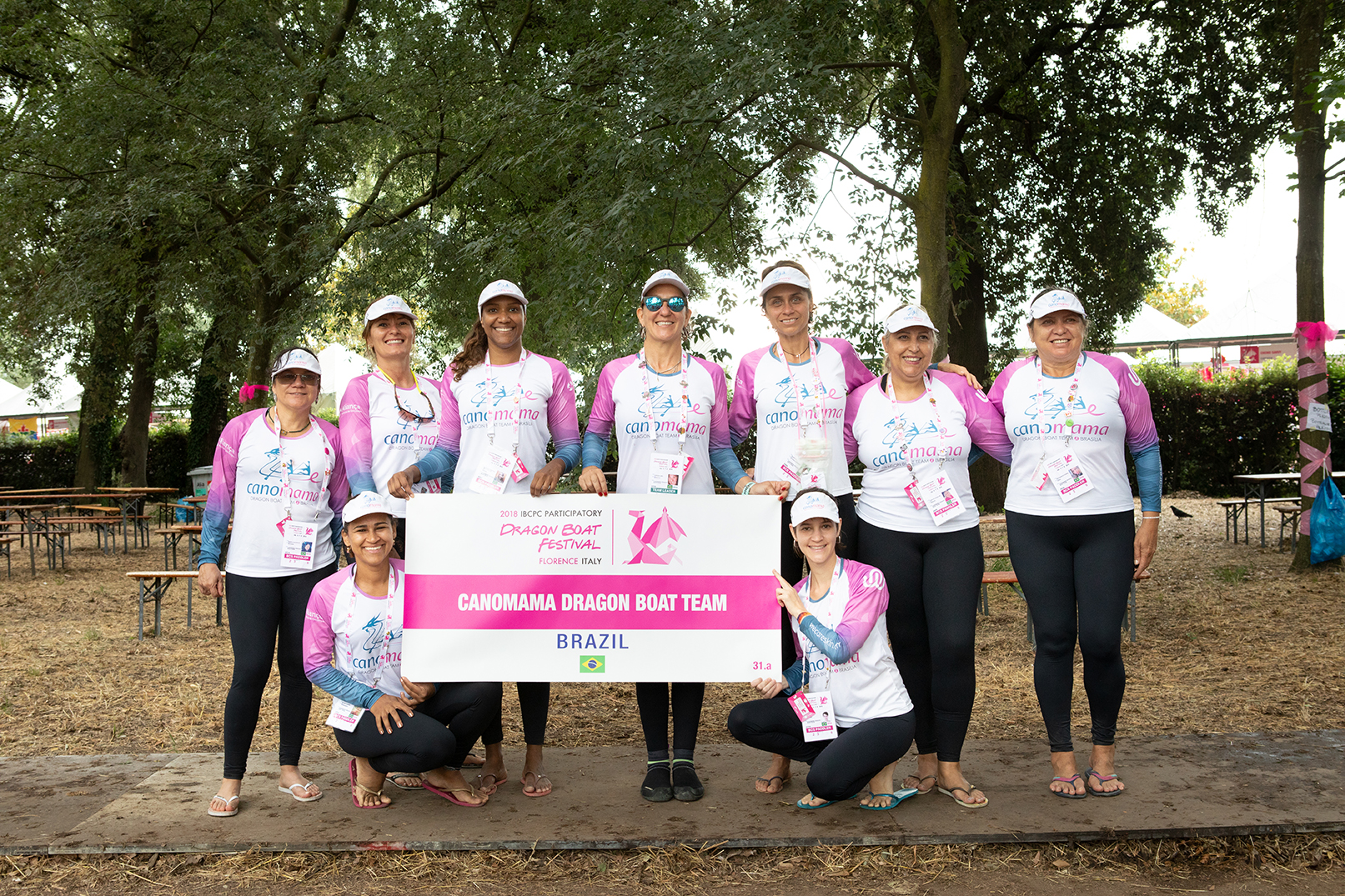